Woman Leaves Her 'safe' Husband for Bad Boy (and regrets it)

The classic Monkey Branching has backfired on this particular woman.  Join me as we go through this reddit post talking about how she was married, divorced a good guy, and now regrets it.

The first question you might be asking is what is Monkey Branching?

Basically the act of 'monkey branching' is when a woman leaves a man because she 'swings up' and grabs onto a 'higher' branch.

That means she leaves a man because she thinks she has found a 'better' man or a 'higher status' man so she leaves her old guy and moves onto the 'better' guy. 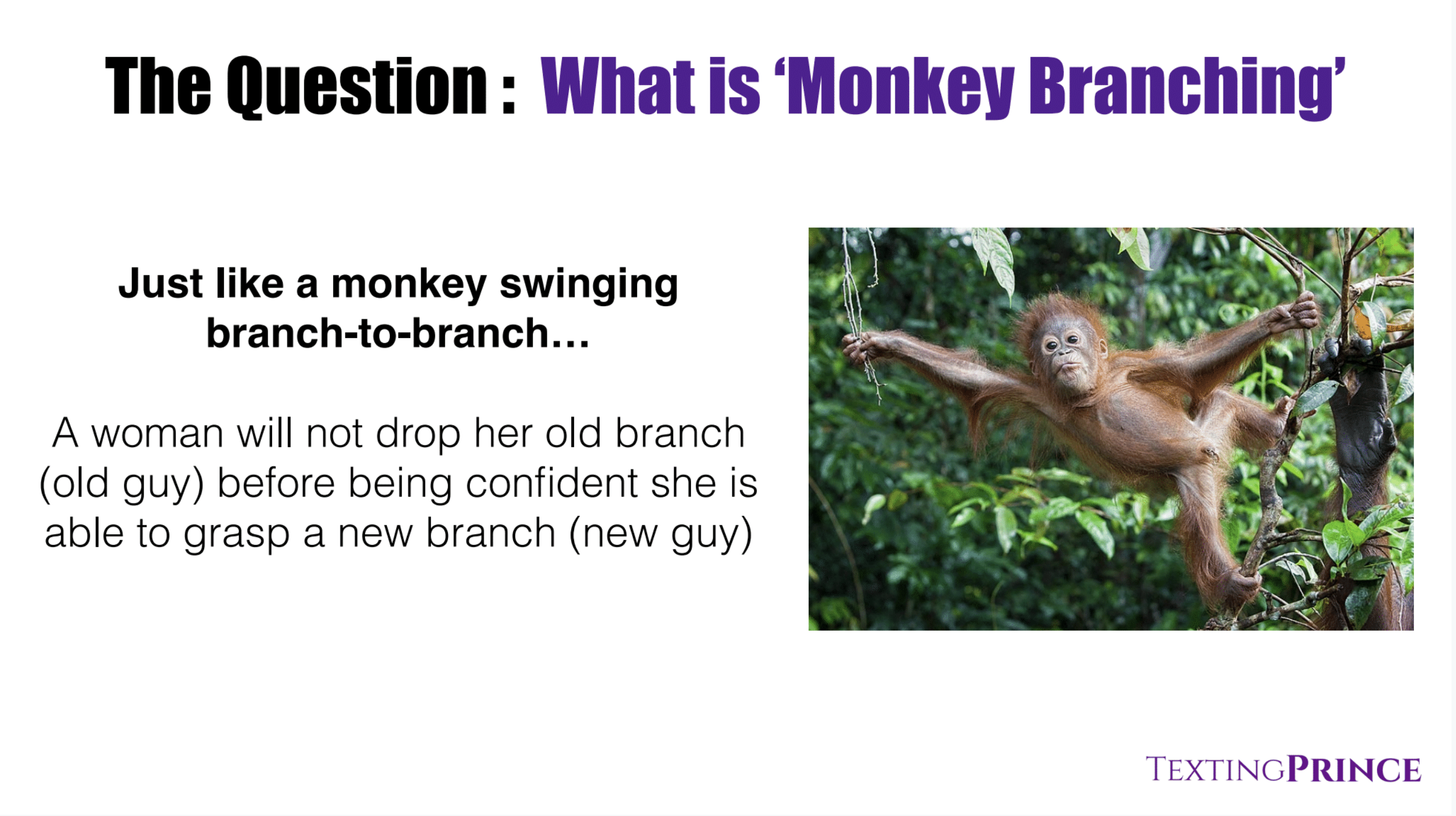 Now the woman in this video 'monkey branched' and then she regretted it.  As many women do.  So WHY would she leave her 'great husband' in the first place? 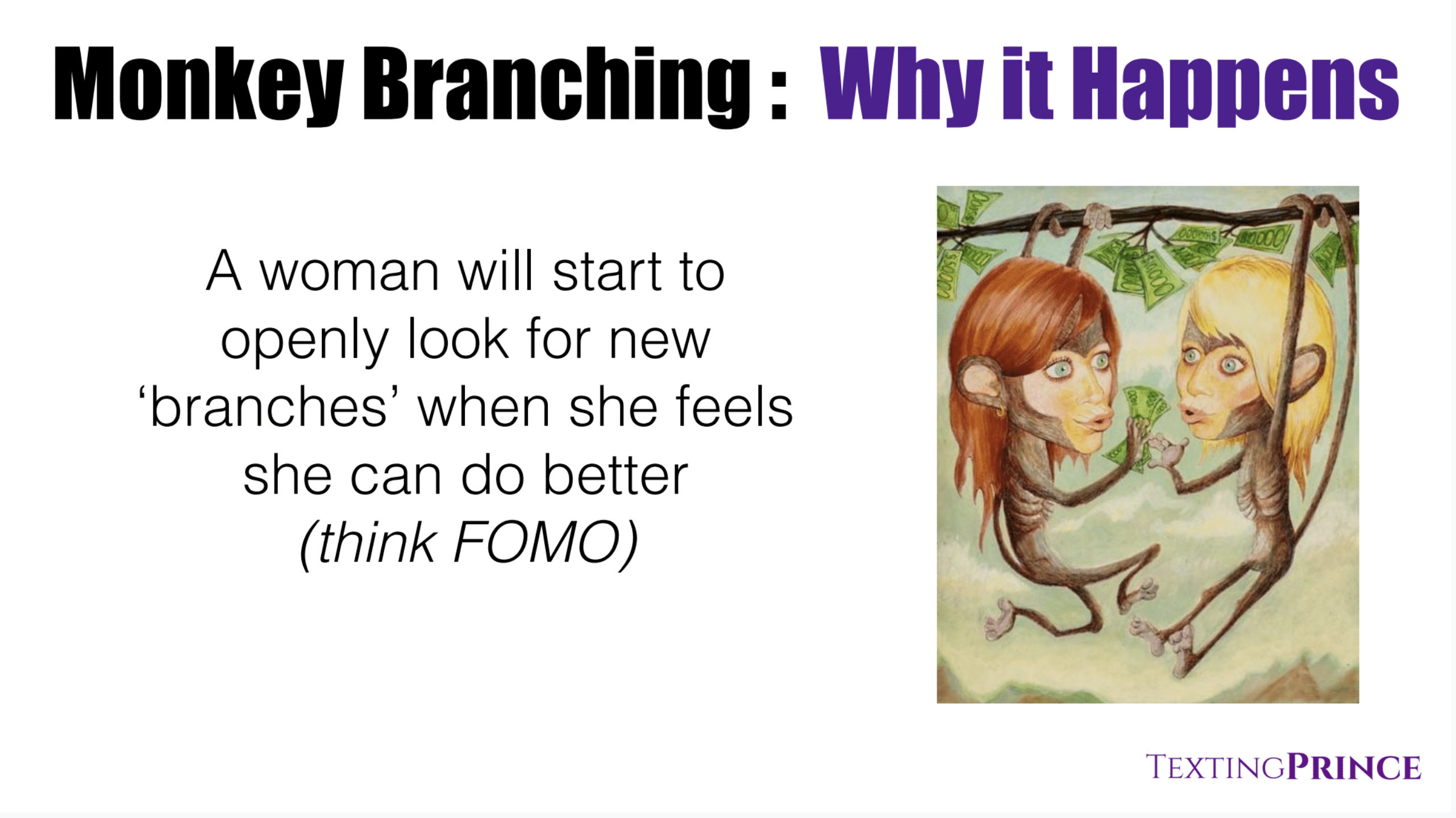 This is the difficult part... because a woman's biology is designed for her to hold out and reproduce with the HIGHEST status man that she can attain to protect and provide for herself and her children.

That is just a biological instinct.

SO... if a man showers a woman with attention and love and she realizes she 'has him' as in he is head over heels for her...

Her biological INSTINCT of hypergamy will kick in and she will start to look around for other mates.

Because she THINKS she can do better since the man that is with her is wrapped around her finger. 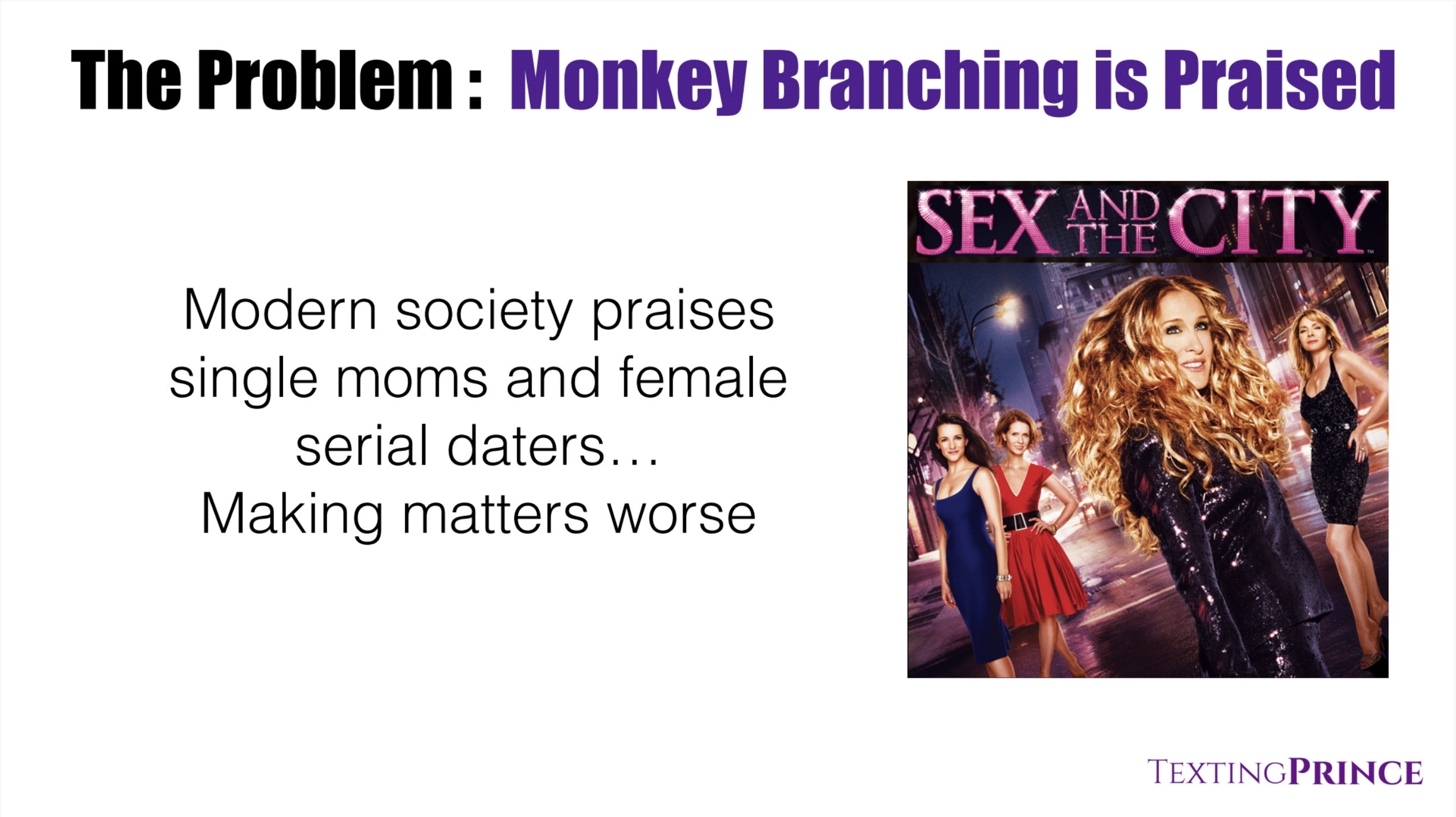 Now that is only ONE scenario of why this happens so much more often in todays society.

YES - sometimes it happens because a man is too needy or overbearing to a woman so she feels she can do better.

I definitely am not putting the blame on all the men because THESE days many men aren't doing anything 'wrong' to actively trigger this Monkey Branching.

These days so many women are praised for being 'serial daters' that if a woman has been used to dating multiple men or riding what we call the CC (cock carousel) and then she tries to commit to one man, it can be a disaster.

She may decide to leave a man just because she misses all of the attention and validation she was getting during her single life.

Which is just another cautionary tale to remind you men that you should think twice, three times, or even TEN TIMES if you are seriously considering committing to a woman LEGALLY in this day and age.

I'll all about dating and socializing and having fun, but the more you look into the legal system as a man, the more you realize that committing legally at this point in time puts you in a terrible position as a man with very little leverage in the relationship.