We have broken down the whole 80/20 rule before but this time we get to hear it from a females perspective about what she perceives to be the 80/20 rule of dating.

This one is from female dating strategies so you know it's going to be full of illogical fun.

First Off : Female Dating Strategies is a feminist sub on Reddit where women give each other dating advice.

Note - in my honest opinion this is some of the most destructive and WORST dating advice for women for a variety of reasons, but i'll let you be the judge as the video plays.

The woman in this video is making the claim that MEN only go for the top 20% of women.

The reason this is specifically interesting to me is because most men in the redpill community know that there is an ACCURATE truth that women are the ones going after the top 10-20% of the men.

This has been reflected over and over again on online dating app data - so now the question becomes...

How could both men and women think that the opposite sex is ONLY going for the top 20%?

The explanation that makes the most sense to me is when you factor in a woman's Hypergamy. 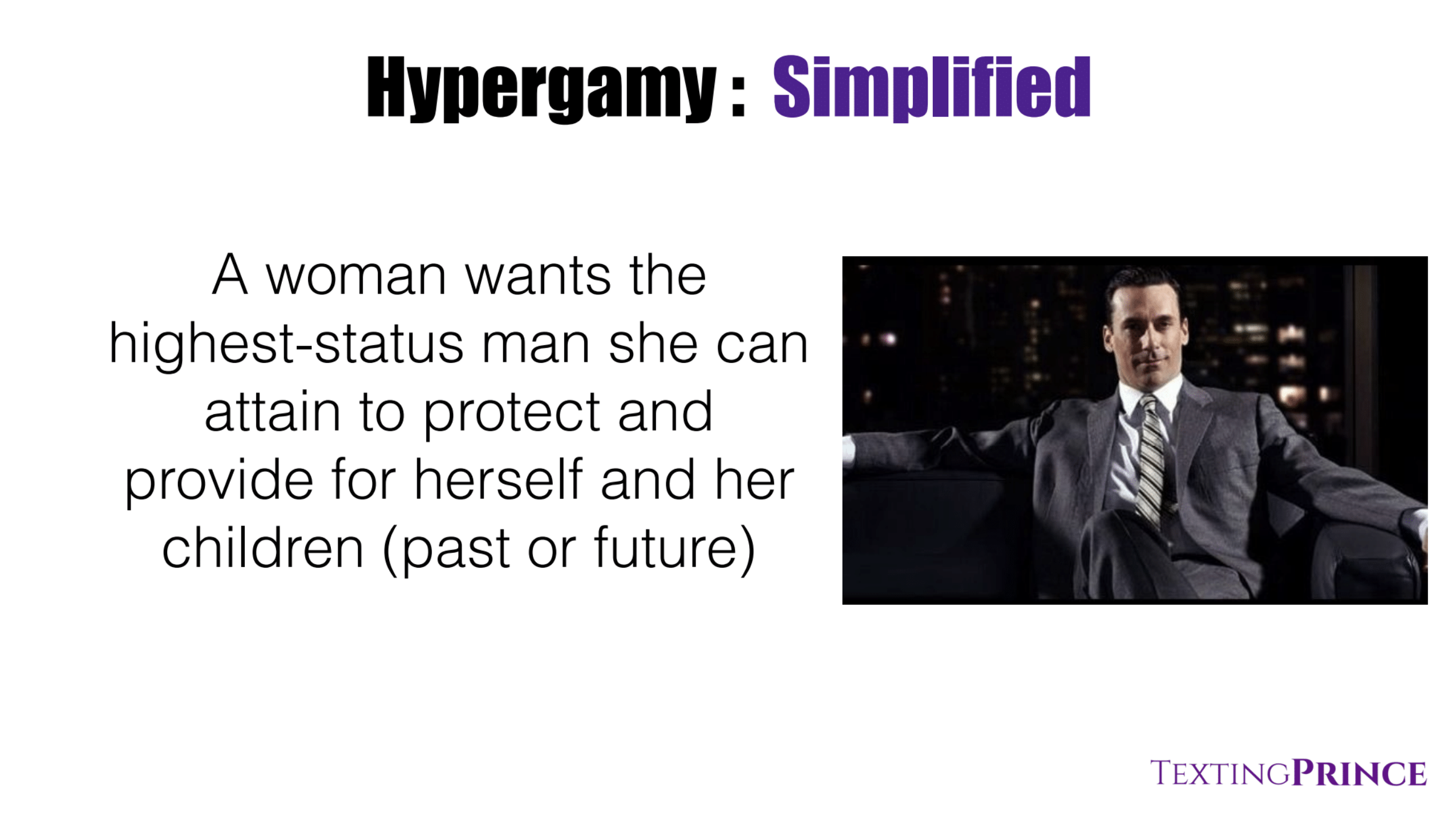 How this plays out is that the more a woman dates around and sleeps around with multiple men, her internal Hypergamy starts to 'block out' and make invisible all of the men that she deems 'not a potential mate'.

Of course we can all have our preferences - but this goes much further.

If a woman meets a man that makes $100,000 per year... and this man goes on dates and sleeps with a woman... it affects her internal Hypergamy.

Think about it like this, as she sleeps around her internal Hypergamy THINKS that because she was able to sleep with this man, he must be 'attainable' to her.

That means that now her internal Hypergamy has set this STANDARD that only men of a now certain caliber can 'measure up'.

So what happens if she continues to sleep around on what us redpill men call the Cock Carousel?

Her standards get HIGHER and HIGHER the more men she sleeps with, so her internal Hypergamy literally just doesn't even SEE 80% of the men around.

SO - since ALL women today are able to get lots of dates and sex with men that have no actual desire to commit longterm to them...

This creates this crazy spiral where basically ALL women will no longer be satisfied unless she gets a man in the top 10-20% of men.

This would explain how men are complaining that women are only going after the top 10-20% of men.

And then for these women to actually believe that it is MEN that only pay attention to the top 20%...

Well that makes absolutely no sense UNLESS you factor in that these women are ONLY seeing and paying attention to the top 20% of men, so in THAT world their (80/20) rule is real for them.

Anyways - I hope that made sense because it does in my crazy brain here.

But for PLENTY more of the redpill truth about women, dating, and relationships make sure to join my new program for men called UnPlugged : Her Games Exposed

P.S.  I'm about to take on another 2-3 personal coaching clients - if you are interested in sitting down 1-on-1 with me to help you hit whatever goal you desire apply now here